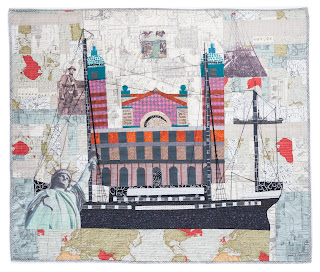 "Grandpa's Journey" - Honoring my maternal grandfather, Aaron Galmitz. He made his journey from Russia to Rotterdam to New York's Ellis Island where the Statue of Liberty meant so much to him. He became a citizen and fought in WWI. Attended Columbia University and became a pharmacist. Owned and ran a drug store in Brooklyn.

Popular posts from this blog

Keeping the Faith: An Artistic Celebration of Judaism 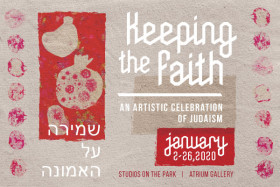 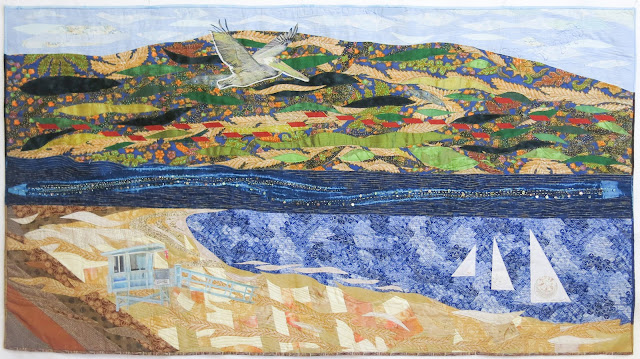 "Batik Hills" is a commissioned art quilt that depicts the Palos Verdes Peninsula, south of Los Angeles, as seen from Redondo Beach. It is 72" wide by 36" tall.
The client wanted a piece that reflected their environs, having formerly lived in Palos Verdes and were now residing in Redondo Beach.
As the client showed me the colors and patterns she was drawn to, she revealed that she grew up in Indonesia, as her parents worked abroad.
Stunning hand carved wooden panels handed down from her mother, lined the walls of her dining room. As I was about to leave our initial meeting, she brought me a piece of batik from Indonesia. I asked if I could use it in the commission and when she said yes, I knew I had my inspiration piece.

Behind the pelican you can see layers of the Indonesian batik fabric. Flocks of pelicans can be seen flying over the ocean and diving down for their catch all along the coastline.

Sailboats from the Redondo B…
Read more